The impressive remains at Neath Abbey will once again resonate to the sounds of medieval life this coming Saturday 19th July, as Cadw’s  annual Hands on Heritage event makes it’s welcome return to the site.

Showcasing a range of heritage skills, the event will bring the medieval period alive with sounds and smells and offers the chance for people to experience and explore a range of heritage crafts from stone masonry to wool-spinning and basket weaving, all set within this spectacular location.

Experts will be  on hand to demonstrate skills stretching back to the Cisterian period in Wales, while visitors will be able to have a go at some themselves, thanks to hands-on activities.

There will also be  activities for youngsters  to get involved with too – from building a wattle-and-daub hurdle, making a medieval tile or stained glass panel to having a go at our mystery excavation activity!

The remains of Caerleons lost Medieval bridge towers have been discovered by GGAT Archaeologist today. The discovery was made during a Watching Brief for an extension at a property on Isca Road, Caerleon. The bridge tower, along with a second previously unknown medieval building, will be fully recorded and preserved in situ. 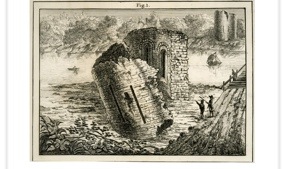 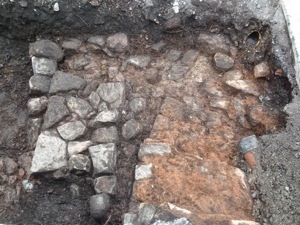 This coming Saturday is the ‘Hands-On-Heritage’ day at Neath Abbey.
There will be lots of activities going on for all the family, so why come along!
Why you’re there pop over to the GGAT tent and say ‘hello’ and learn all about our current community survey project and see some of the results. For more information on the survey project visit the Neath Abbey Project blog. 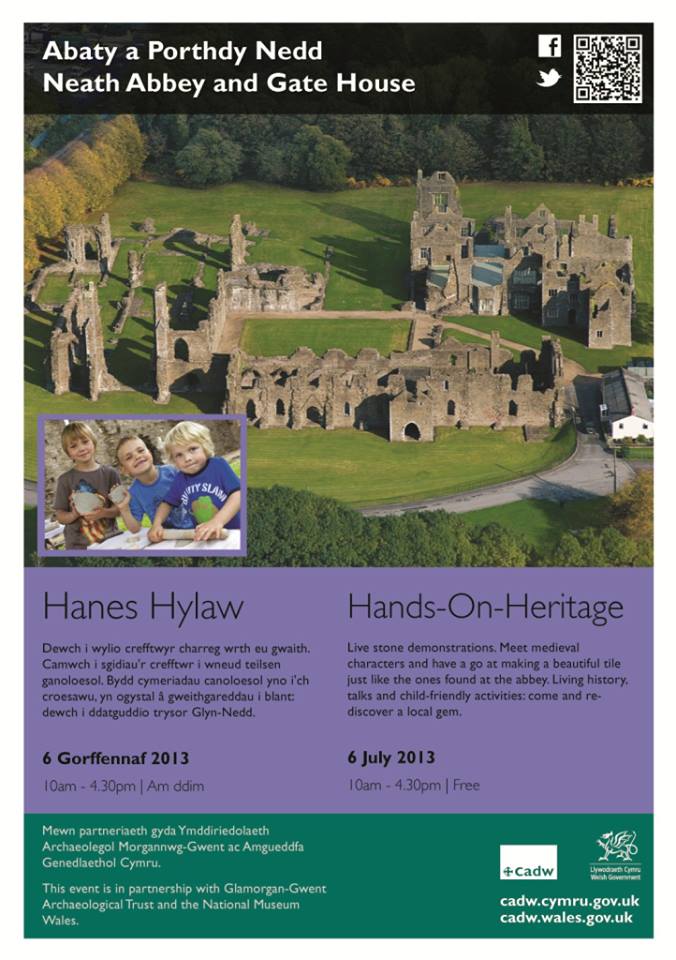 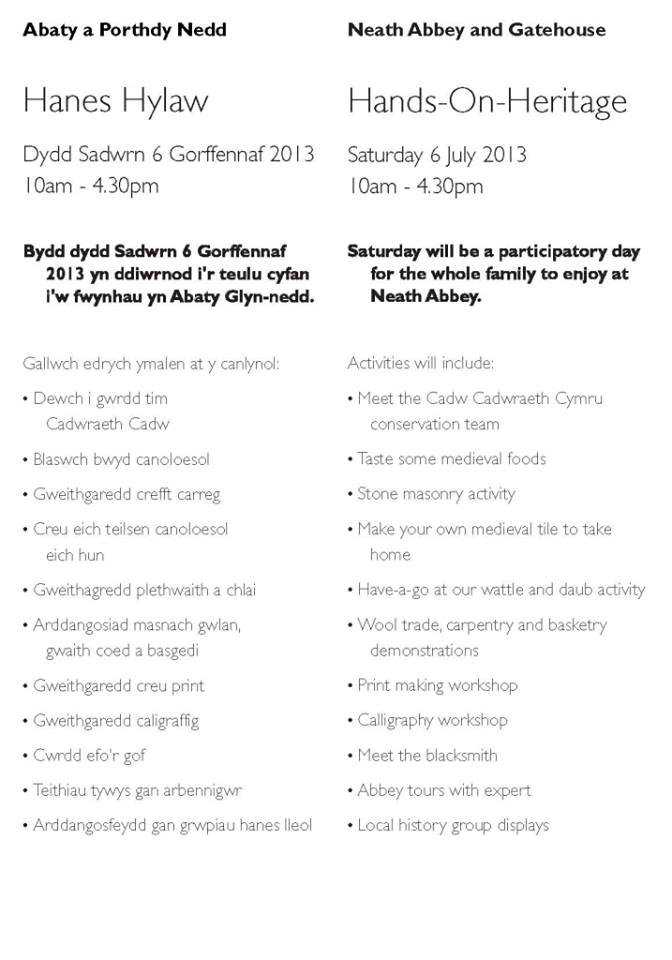 If your out and about in the Neath today why not visit us at Neath Abbey. GGAT are attending the Cadw event in the Abbey grounds. We’ve got our children’s excavation, try your hand at wattle ‘n’ daubing or search the Trust’s records using Archwilo. There’s guided walks, talks and medieval reinactors galore!! Also, the crepes are fantastic!

Could these two rams have come from the same flock?  The discovery of this green glazed rams head vessel (on the left) at the excavations run by Cardiff University at Cosmeston, looks very similar to the one discovered by GGAT during our excavations at Cardiff Castle (on the right).   On both the enclosed tubular spout takes the form of a stylised ram’s head with large curled horns on either side. The eyes are formed by iron-rich pads of clay. The vessel is decorated on the shoulder and body with concentric lines, chevrons, and small pads similarly formed by applied strips and blobs of iron-rich clay.

Vessels, generally jugs, with anthropomorphic or zoomorphic design, usually involving the pouring spout, were popular during the medieval period, and a specialised vessel form known as the aquamanile, a horizontal ewer for the washing of hands at table, was modelled on the form of a standing animal.

The jug from Cardiff Castle is parallelled by another vessel from Cardiff, excavated at Rumney Castle (Cae Castell) in the early 1980s but subsequently all but destroyed by fire at the Trust’s headquarters in 1983 (Lightfoot 1992, 146 and Plate VIB)

Sun, fun and archaeology! Who could ask for more. Why not come and joins us at Cosmeston Medieval village and view the excavations being carried out by Cardiff University.